Latest news, tips and tricks about MobaXterm
and other Mobatek applications

We have just released a new major version of MobaXterm (12.0)!

MobaXterm is your ultimate toolbox for remote computing: in a single Windows application, it provides loads of functions that are tailored for programmers, webmasters, IT administrators and pretty much all users who need to handle their remote jobs in a more simple fashion. MobaXterm provides all the important remote network tools (SSH, X11, RDP, VNC, FTP, MOSH, …) to Windows desktop, in a single portable exe file which works out of the box.

This release comes with a new local terminal based on the latest PuTTY version, with many SSH improvements and an enhanced look and feel. A new prompt has been developed for better readability and improved GIT support. 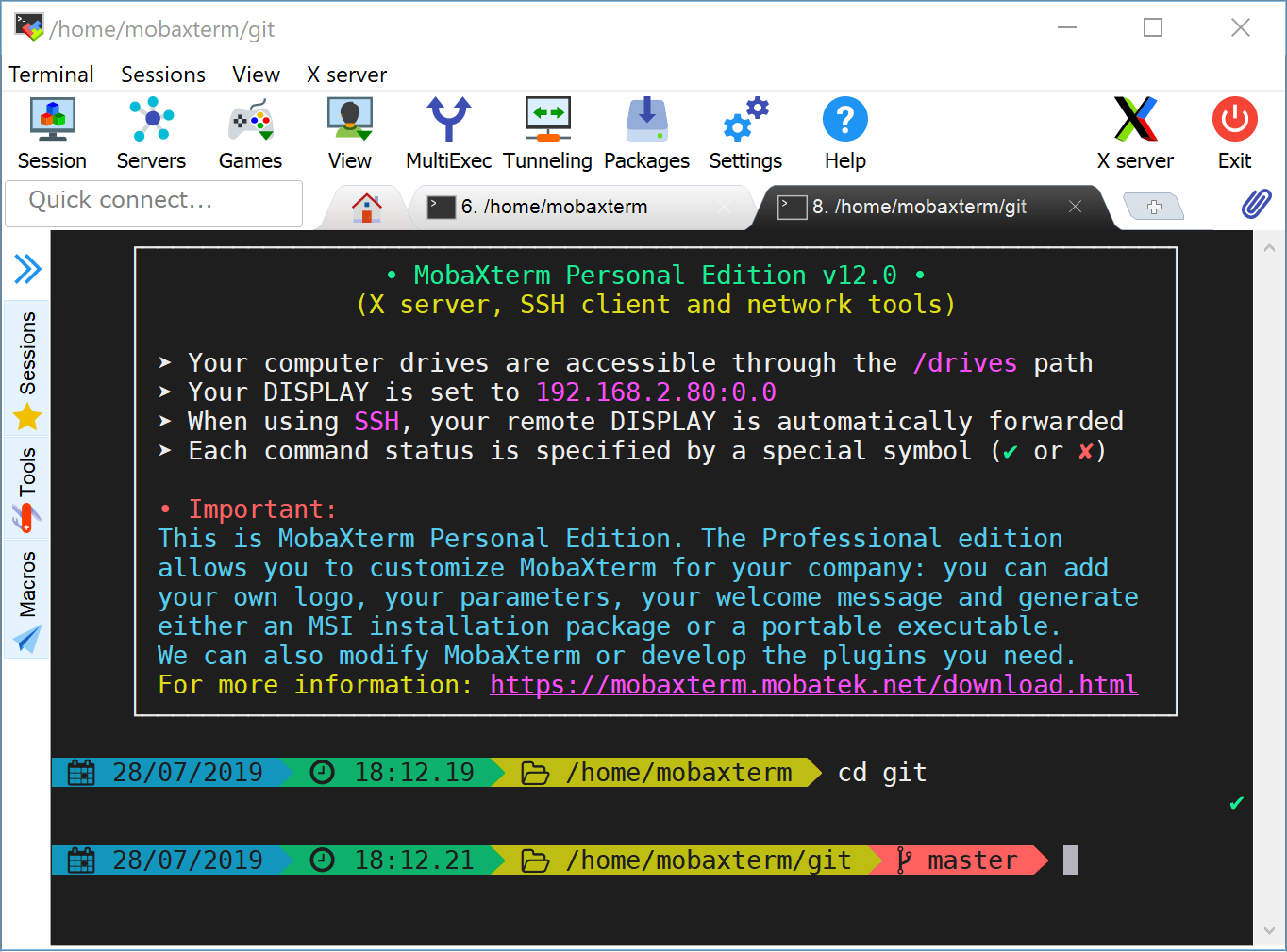 The embedded X server has also been upgraded by using the latest X.org version. It is now faster and can handle much more protocols. Its DPI can be set in MobaXterm global configuration window and it is fully compatible with the latest Window managers.

As usual, we have improved startup speed: this is a continuous fight in every version of MobaXterm, in order to give you the best user experience possible with a fast and small executable.

We also added some new settings for professional users in order to simply choose the Ini configuration file, the Home and Slash folders location.

Besides these additions and improvements we have fixed several bugs that you have reported. As usual, your feedback is greatly appreciated!

We wanted to say a big thanks to you all. We realize that many of you love working with MobaXterm and we are proud to receive many emails with such positive feedback. This is very motivating for us, thank you!

We hope you will enjoy working with this new version of MobaXterm!