Latest news, tips and tricks about MobaXterm
and other Mobatek applications

We just released a new version of MobaXterm (10.2)!

MobaXterm is your ultimate toolbox for remote computing: in a single Windows application, it provides loads of functions that are tailored for programmers, webmasters, IT administrators and pretty much all users who need to handle their remote jobs in a more simple fashion. MobaXterm provides all the important remote network tools (SSH, X11, RDP, VNC, FTP, MOSH, …) to Windows desktop, in a single portable exe file which works out of the box.

This release adds a new installer program in Professional Edition in order to ease install/update process and to have digitally signed executables, even on customized MobaXterm versions. Now, you can verify MobaXterm Home or Pro executable integrity by right-clicking on it, go to “Properties” and check that it is properly signed with Mobatek certificate. In order to reduce false alarms with antivirus programs, MobaXterm is also no longer compressed using UPX, even if it makes the main executable slightly bigger.

Here are the main improvements since version 9.4:

Besides these additions and improvements we have tried to fix several limitations and bugs that you reported. As usual, your feedback is greatly appreciated! 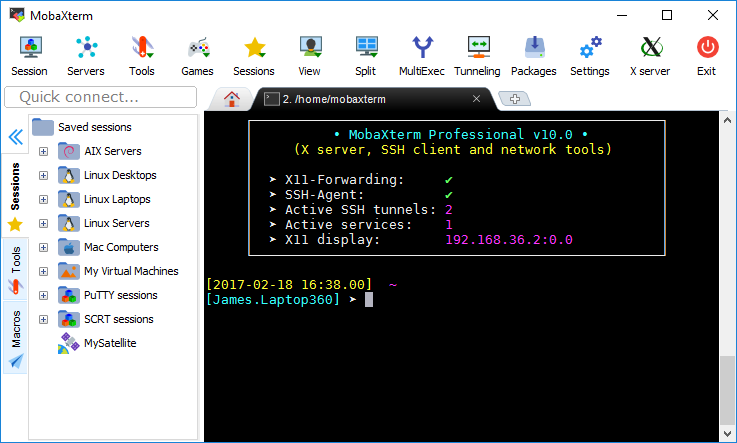 We wanted to say a big thanks to you all. We realize that many of you love working with MobaXterm and we are proud to hear that you spread the word about MobaXterm. This is very motivating for us, thank you!

We hope you will enjoy working with this new version of MobaXterm!